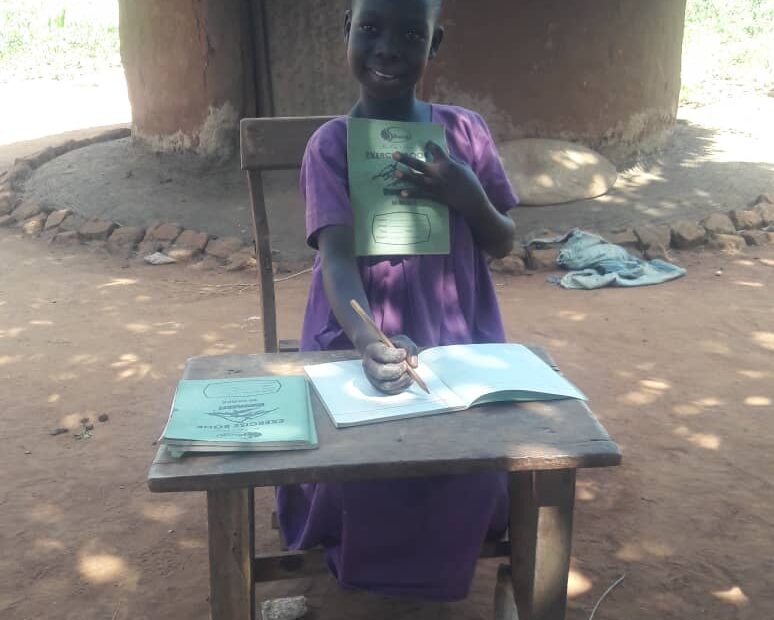 Sitted in the shade of their parents house in Omurang village, Kumi district, Uganda. Agwang path to an education has not been easy. 95% of parents in that village are typical peasants and children not being at school for them is not a big issue. A majority of these young girls get married as early as 13years old and parents are normal with it. It was until Ebenezer Welfare Foundation came into the community to sensitise some parents on the advantages of education and recruited some few young girls as the fast beneficiaries of the organizations programs. Agwang found her chance to get a sponsor who accepted to pay some school fees for her and help her with some necessities and that’s when her story began changing a little bit.
In December 2020, Agwang now had hope that she would not be like the rest of the girls because of the chance she got through her sponsor. And even the parents were so excited to hear about her getting a sponsor. Now she is sure of being at school.
Today, Agwang is a very happy girl because she has someone who puts hope in her face. Despite her young age, Agwang is now sure she will be able to face the future confidently. “I’m very happy to get a chance for someone to hold my hands and help me with education. It makes me happy because it means I’m responsible. If anything comes up in the future, I’m ready to deal with it.” Her greatest dreams for the future are to put herself through university and to someday start an orphanage:

“I’ve seen how hard it is for children to survive when their parents cannot support [them]… I will help attach them to different sponsors so that one day they will be able to successfully go through school and become a transformation in the families they come from, without other people, just like I have.”